You signed a consent decree. So now what? 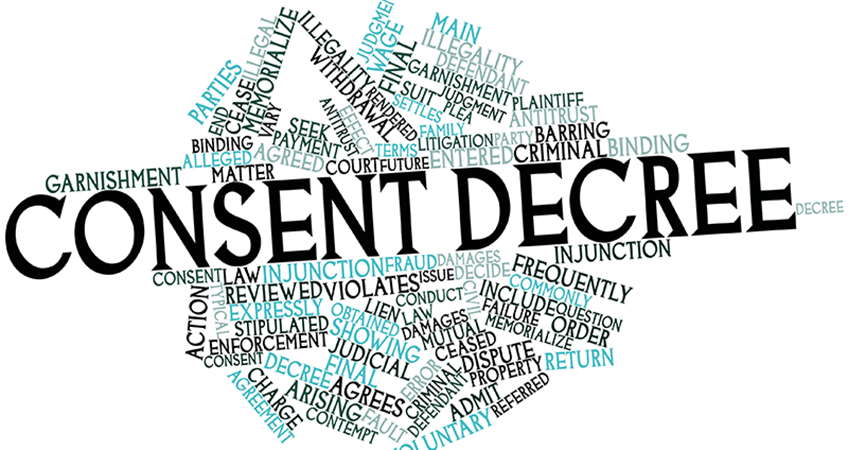 Any employer who has been on the receiving end of a lawsuit filed by the EEOC or a similar state agency is aware that a standard requirement of settling this type of case is entering into a “consent decree.”

A consent decree is a public record (which the agency will publicize on its website) that sets forth specific remedial measures an employer agrees to take as part of settling the dispute. Consent decrees typically include ongoing requirements such as mandated postings, trainings, or the implementation of new policies.

While there are often monetary terms associated with settling a lawsuit filed by an agency, it is the consent decree itself and the affirmative conduct associated with that decree that is of real value to these agencies. This makes settling a suit brought by an agency very different from settling a private lawsuit in which money is usually the main motivator.

Most employers, having more experience with private lawsuits than agency lawsuits, have the mindset that once a check is written and a settlement agreement is signed, the case is over. However, that is not the case when a consent decree is involved. If a company fails to abide by the continuing obligations set forth in a consent decree, the agency can bring an action for contempt of court.

That is exactly what California’s Department of Fair Employment and Housing (DFEH) recently did when the Law School Admission Counsel (LSAC) failed to comply with a consent decree related to providing accommodations for disabled test-takers. The DFEH conducted an investigation and learned that two years later, LASC had not implemented the terms of the consent decree. The DFEH then filed suit in federal court for contempt, which resulted in an extension of the terms of the consent decree, which initially had been set to expire in 2018, to 2020.

What does this mean for you? It means that consent decrees should not be taken lightly. Understandably, by the time an employer reaches the consent decree stage in a lawsuit, the employer may simply want to be done with it, and will sign a decree without considering the reality of compliance with its terms. Before entering into a consent decree, employers must determine whether the terms are reasonable and whether the employer is able to comply. Once the decree is entered, compliance is essential.