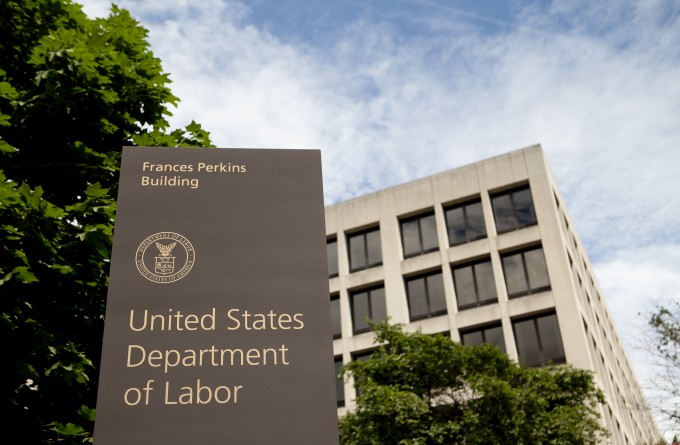 If it were easier for small businesses to band together to offer sponsored retirement plans, would more workers begin saving?

The White House is betting so, signing on the eve of Labor Day an executive order aimed at lowering the barriers for small companies to participate in multi-employer plans.

“Small business employees don’t deserve to be forgotten simply because they don’t have, and get the same attention as large corporations,” Labor Secretary Alex Acosta said Friday. “They deserve access to retirement benefits.”

President Trump signed the executive order at an event in North Carolina on Friday, directing the departments of Labor and Treasury to begin a regulatory review of the challenges small firms face in joining MEPs, or Association Retirement Plans.

Government figures indicate that about 90% of employees at large companies have access to a workplace retirement plan, while only around have of those at smaller firms can contribute to an employer-sponsored plan.

“One reason for this disparity is because it’s relatively more expensive for small businesses to set up and operate these retirement plans than it is for large businesses,” Sherk said. “Larger employers can enjoy economies of scale by spreading those costs over far more workers. Small businesses have much less ability to do that.”

The administration cites a Pew survey that found that nearly three-quarters of small businesses that do not offer a retirement plan cited high costs as their primary deterrent.

And yet, studies have also found that workplace plans are the most effective way to get workers to contribute to their retirement savings, so “the coverage task here is to do what we can do to get as many small businesses involved in sponsoring 401(k) plans and retirement savings vehicles as possible,” said Preston Rutledge, assistant secretary of Labor and the head of the Employee Benefits Security Administration.

“Basically we will be trying to find policy ideas that will help make joining a 401(k) more attractive proposition for small employers to the ultimate benefit of their employees,” Rutledge said. “We believe that by joining together with other small employers in a larger 401(k) plan a small employer can experience lower costs and reduce administrative hassles.”

To that end Trump is directing Labor and Treasury to propose revisions to their rules governing MEPs that could produce a more employer-friendly policy environment. At Labor, for instance, Rutledge indicated that staffers would reconsider restrictions that prevent businesses from disparate industries banding together to offer a retirement plan.

At Treasury, officials will be looking to update and simplify the rules governing the disclosures that plan sponsors must make about issues such as required minimum distributions or asset rollovers, according to Dan Kowalski, counselor to the treasury secretary. The department will also consider revising its minimum distribution regulations, last updated in 2002, to help ensure that workers “don’t run out of money by the end of their life because of erroneous tables.”

Perhaps more consequentially, Treasury will evaluate changes to the internal revenue code to prevent a compliance failure of one MEP participant from sinking the entire plan, reducing a significant element of risk that has kept some employers on the sidelines.

“Currently, the failure of one employer to satisfy code requirements puts in jeopardy the qualification of the entire MEP plan,” Kowalski said.

“Treasury will examine how the MEP might be able to remove the non-compliant employer from the plan without the need to dissolve the entire MEP,” he said. “Basically, there will be less risk on employers banding together in MEPs that the actions of somebody else might threaten the retirement security of their employees.”