When is a ‘bonus’ really a ‘commission’? A reminder to ensure pay plans comply with state laws 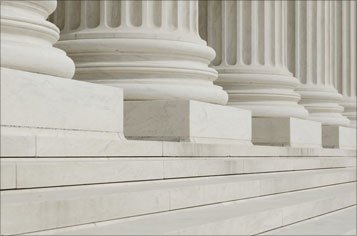 In the past, we have highlighted some of the legal risks of employing commission-based employees, as well as some of the methods for limiting those risks. A new court decision out of Illinois provides a good reminder that vaguely described policies and restrictive payment rules can expose employers to large liabilities.

In this case, a longtime office furniture salesperson worked under a commission plan for years. In 2014, however, her employer presented her with a new plan that combined salary with reduced “incentive payments,” to be paid quarterly. The employee objected to the new policy, which would have reduced her take-home pay, but she nevertheless continued to work for the employer for another year.

Upon her resignation, the salesperson’s employer informed her that she would not be eligible for the last quarterly incentive payment because she was not employed on the day the payment was paid out. According to the new pay policy, the incentive payment was not earned until the day it was actually paid, despite the fact that the employee had made most of the relevant sales months earlier.

The employee alleged that the pay plan violated the Illinois Wage Payment and Collection Act, and the federal appellate court agreed. The court reviewed Illinois law and determined that Illinois treats bonuses and commissions very differently. Commissions must be paid on a monthly basis, and the court concluded that they must be earned in the month that the employee performed the work to make the relevant sale. Bonuses, on the other hand, are much more open-ended and give employers more discretion to impose conditions and delay payment.

Notwithstanding the employer’s effort to characterize the incentive payments as bonuses, the Court concluded that they were more like commissions. As a result, by waiting to pay the employee until the end of the quarter and by requiring continued employment as a condition of receiving the payment, the employer likely violated Illinois law.

The case highlights important lessons for employers making sales-based payments to their employees:

· How you identify a payment doesn’t matter. While the employer in this case stated that the payment was a bonus, rather than a commission, the court ignored the labels that the employer used. Instead, the court examined the function and structure of the payment to try to figure out how it fit within Illinois’ statutory scheme. Simply calling a payment a bonus may not shelter employers from a state’s wage payment laws.
· States have widely varying laws with respect to payment of commissions and bonuses. In some states, it is perfectly acceptable to require continued employment on the date that a bonus is paid out or the date that the customer pays an invoice. In other states, once the employee has taken all the steps within his or her power to make a sale, the employer is limited in what conditions it may impose prior to paying the employee. Employers with multistate operations run some risks from having a “one–size-fits-all” policy, unless that policy is strongly pro-employee.

The case serves as a good reminder for employers that they should regularly review their commission and bonus plans to ensure they are in compliance with state law in all states where salespeople operate. In addition, employers should seek legal guidance any time they plan on making material changes to any compensation plans for commissioned employees.