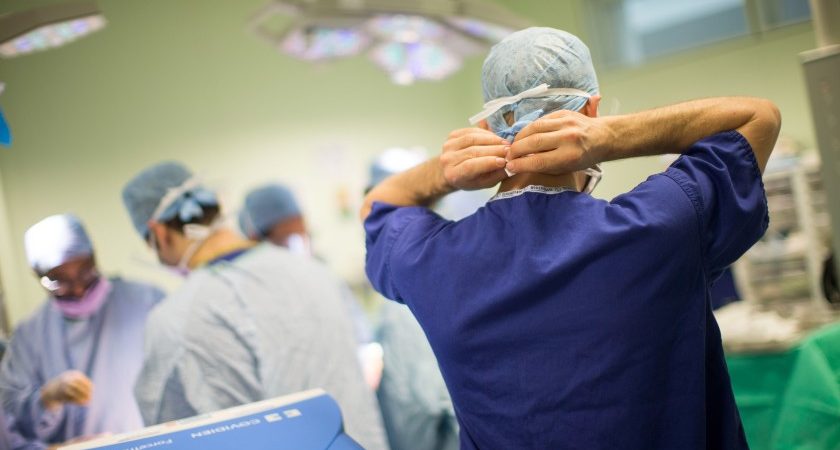 An alarming number of workers don’t have enough money saved away to carry them through even a short-lived financial emergency, and experts are urging employers to take steps to address that shortfall with changes to their benefits programs.

Survey data indicate that while savings rates vary based on a number of factors, substantial portions of American workers across income levels could face a financial emergency if they were hit with sudden medical bills, lost wages or other unforeseen expenses, such as a major home or car repair.

“Regardless of income we still see a significant percentage of people that do not have a rainy day fund that could cover three months of expenses,” Craig Copeland, senior research associate at the Employee Benefit Research Institute, said on a recent online presentation the group hosted.

The AARP has been studying the issue, and recently reported that 53% of all American households have no emergency savings. Moreover, the retirement group reported a direct link between emergency funds and overall financial confidence. According to its recent report, Americans with rainy day funds are 2.5 times more likely to feel confident about their long-term financial prospects than those who do not.

“If people are living on such thin margins that an unexpected bill requires their complete attention and all existing resources to address it, it is extremely difficult to keep the longer-term in mind or to make progress toward longer-term goals,” said Genevieve Melford, who helps lead a financial security program at the Aspen Institute.

As employers increasingly come to view emergency savings as a crucial element of their employees’ financial well-being, more have been exploring a separate benefit to help encourage workers to put away money for some unforeseen contingency.

Catherine Harvey, senior policy advisor at the AARP’s Public Policy Institute, has been taking a hard look at how workplace emergency savings benefits could be structured, what features would make them most attractive, and how, as a practical matter, employees could be moved to actually participate.

“There’s a lot of evidence from behavioral science about what makes employer-based interventions effective, and not surprisingly one aspect of an effective program to maximize participation in an employee benefit is to make participation really easy,” she said.

“That’s true in 401(k)s, that’s true in health programming, it’s true in marketing — any time that you get something in the mail or are automatically signed up for Spotify beyond your 50-day free trial you’re subject to a default [that works] to make enrollment really easy,” Harvey said.

Some employers have offered a feature that allows workers to split their paychecks through direct deposit into separate accounts, one being set aside for emergency savings. But the early analysis of those programs, which tend to rely on the employee proactively opting to set up and contribute to the emergency account via direct deposit — rather than through auto-enrollment — has found the results underwhelming.

“That’s where we think automatic enrollment, that frictionless enrollment, really distinguishes this from everything else that’s on the market right now,” Harvey said.

“If split direct deposit were as powerful as it could be, more employers would be doing that and people would be saving for emergencies,” she said. “We know that that’s just not the case.”

But emergency savings programs, executed properly, could become a key component of employers’ expanding financial wellness benefits packages, a hot topic in the benefits world, but one where employers are still grappling with the best way to drive engagement.

“We know that information for employees on a website is not going to cut it,” Harvey said. “Education alone just doesn’t work, and so employers over the years have gotten really savvy and have taken up the behavioral finance tools and concepts to make participation the default.”

The AARP also surveyed workers of a variety of income and age ranges about the types of features that would entice them to contribute to an emergency-savings plan.

“Not surprisingly,” Harvey said, survey respondents cited “the power of the employer match, which speaks to the incentive behind savings as being a very important feature — one that basically blows all of the other features out of the water.”

That held true across the board, as even workers who reported strong savings rates independent of an employer plan said they would welcome matching funds.

In addition to a matching feature, workers AARP surveyed indicated strong preferences for programs that would protect their privacy, extend them complete control over access to their funds, and generally limit complicating red tape that would make the programs less functional.

“The idea here behind an employer-based emergency savings program is let the employee define the emergency,” Harvey said. “Putting up rules and barriers, eligibility criteria, is just going to frustrate people and they won’t use the money when it’s needed at that moment.”