Making the case for the six-hour workday 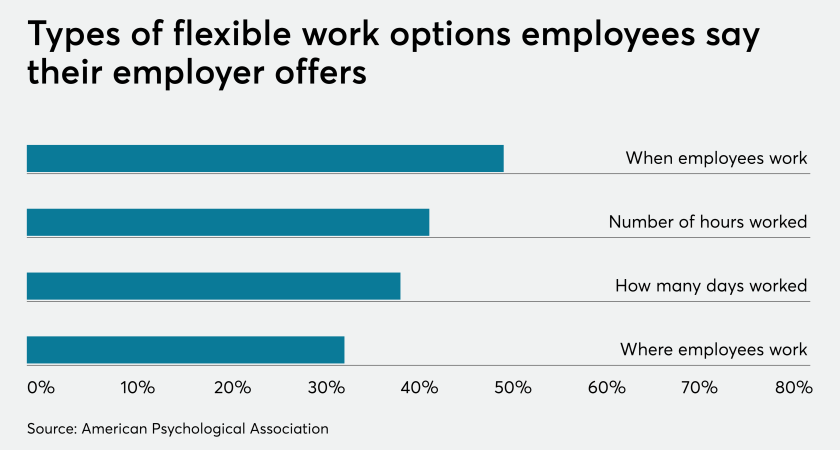 The eight-hour workday became common practice in the early 1900s, in a time before the rise of digitalization, robots and technology. Yet even today it still remains labor standard.

The average full-time employed American works 42.5 hours per week, or 8.5 hours per day, according to the Bureau of Labor Statistics. That isn’t likely to change anytime soon, according to Mark Paul, assistant professor of economics at the New College of Florida.

“Work hours in the U.S. are dictated by the employers,” he says. “50 years ago, we had almost one in three workers covered by unions, but in the 1980s [politicians] really crushed organized labor here in the United States. Unfortunately, workers can’t bargain for themselves, they really need a collective power in order to do that. Labor power is essential to driving down work hours, it doesn’t happen without that.”

But there are things that may indicate a change of view on work culture, Thomas Parry, president of the Integrated Benefits Institute, says. He’s referencing a recent statement by the Business Roundtable, an association of more than 180 CEOs of America’s leading companies.The Business Roundtable recommended corporations must change the way they operate and now focus on their employees — before the needs and wants of the shareholders.

“I’m very intrigued by this new policy statement by the 180 CEOs because it would imply that corporations understand they’ve got to organize and do things differently,” Parry says. “It cannot be that shareholder value is the only thing that matters … at the expense of employees’ health and their ability to have a good and productive life outside the workforce.”

The concept of the 9-to-5 workday and five-day work week may not have changed much in the U.S. since the industrial revolution, but in Europe — where many countries are known for a generous work-life balance — employers’ outlook on traditional work hours is changing.

Brath, a Swedish SEO and SEM services agency, have had six-hour workdays with full-paid salary since the company was founded in 2012. The shorter work days give employees more time for recovery, as they have two extra hours each day to do things that make them feel good and happy, such as cooking healthy food, exercising, and spending time with family and friends, the company says.

“If you come to work happy and rested, we think that you will do the job more efficient and manage to do the same amount of job as if you were working for eight hours each day,” says Maria Bråth, CEO of Brath.

In a tight labor market, shorter work hours may also give employers an edge when it comes to employee retention and attracting talent.

“Employees also stay with us longer compared to companies in the same business, because once you are used to shorter workdays, it’s hard to go back to working longer workdays,” Bråth says. “We get a lot of job applications, which better our chances of hiring qualified staff.”

The downside is that they sometimes may not produce as much as if they worked eight hours a day, but overall the advantages of a shorter workday have outweighed the disadvantages, she says.

“I think companies are worried it will cost them more money, and that they will have to employ more staff to get the same amount of work done,” Bråth adds. “But an employee who is happy at work and really appreciates the company will do more in one day than a person who is tired and doesn’t appreciate the company. It’s hard work getting staff to work efficiently for any company.”

Research suggests that the average office worker only has 2 hours and 53 minutes of actual productivity in the workplace. Additionally, burned-out employees are 63% more likely to take a sick day, and over twice as likely to be looking for alternative employment, according to a recent study by management consulting firm Gallup.Employers are increasingly offering workers time off, including benefits such as parental leave and holidays, but still very few offer shorter work days or weeks.

“I think that there’s a lot of evidence to suggest that workers aren’t productive sitting at a desk for eight hours a day, and that the eight-hour workday is willfully outdated,” New College of Florida’s Paul says. “There’s a number of studies that indicate that reducing work hours to six hours a day would result in basically no losses for a lot of employers in many instances.”