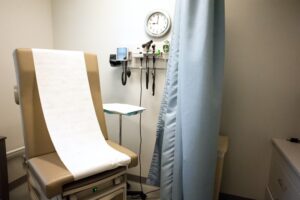 Companies across the country are reeling in the wake of the COVID-19 outbreak — a tragedy that has claimed lives and turned life upside down. To mediate the financial loss and brace for further instability, many employers are looking to tighten their financial belts when it comes to benefits.

Under normal circumstances, the familiarity of traditional group health plans makes them a popular choice. But in uncertain times, the predictability, portability, and flexibility of “defined contribution” health insurance models should be closely considered by employers now and in the future.

If you’re not familiar with “defined contribution,” think of it like a 401(k) version of health insurance. Instead of choosing a one-size-fits-all plan for a group, employers can offer fixed reimbursements that employees can use to purchase their own insurance or use for medical expenses. This provides employers a high degree of predictability on costs, gives employees portability to keep their health plan even if they are let go or reduced in hours, and provides flexibility for employers and employees that traditional group plans can’t match.

Defined contribution options embodied in a new set of health reimbursement arrangement (HRA) regulations have been increasing in popularity before the COVID-19 outbreak began. Two in particular are proving to be superior models, including the Qualified Small Employer HRA, designed for companies with less than 50 employees, and the Individual Coverage HRA, designed without contribution limits or company size restrictions. Both allow employers to reimburse employees for premiums and medical expenses on a tax-advantaged basis.

In the midst of the crisis, we’re already seeing early evidence that HRAs will prove more resilient than traditional group plans, allowing business owners to make strategic decisions quickly. With group plans, there just aren’t many levers to pull — you either cancel your plan or you don’t; your employees are either part of the group plan or they are not.

For example, we’ve seen about 25% of our clients make changes to their HRA in response to COVID-19. About half of these clients have modified their HRAs to maintain reimbursements for employees that are laid-off, furloughed, or have had their hours reduced. About a third of those clients have simply paused their HRA contributions and plan to pick up when business re-opens. Employees will lose their reimbursements, but they will keep their coverage and their plan.

A few other examples of changes we’ve seen:

For groups where layoffs have been inevitable, we’ve seen a few cases where clients have dropped their group health plan and encouraged laid-off employees to go to the marketplace to purchase individual policies where they will likely qualify for tax credits and subsidies. When the employer reopens and rehires, instead of reinstating the group plan, they will adopt an ICHRA and replace government subsidies with employer reimbursements. Employees will keep their plans throughout and won’t get whiplashed with resetting deductibles and extra hassles.

These moves are not really possible with traditional group insurance. It’s also important to consider the risk employers are taking with traditional insurance. Self-funded plans, for example, are on a path to destruction if many employees are infected; many of those companies should be looking for an exit strategy. Group plans could see a premium spike next year (and the next and the next) as the health system absorbs the costs of coronavirus treatment and testing, as well as waived cost-sharing, copays, and more. While elective surgeries and medical spend are down at the moment, it’s unsettling and difficult to predict how health insurance costs will react.

The point is, whether group rates go up or stay flat, what a business owner will ultimately pay is unpredictable and uncontrollable—both challenges that new reimbursement models of health benefits are built to withstand.

At the end of the day, the clients we are talking to want their employees to be covered in the wake of this pandemic and it’s been interesting to see the benefits inherent to HRA design play out in real life. Regardless of whether or not layoffs have to happen, if an employee participates in an HRA, the design prevents lapses in coverage and the requirement for qualified medical plans means they won’t have a junk plan that could leave them in a tricky spot should the worst happen.