How to recession-proof your company’s reputation 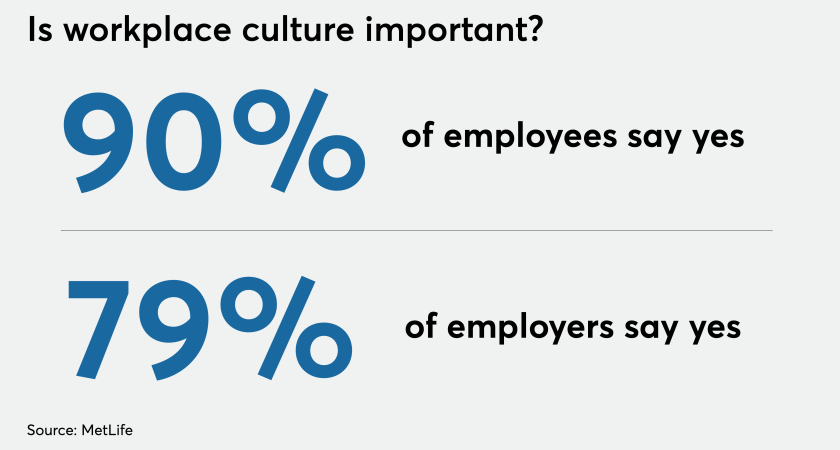 While the U.S. is enjoying one of the longest economic booms in history, economists warn it won’t last forever. Employers need to have a game plan in place if they want to protect their reputation as a great place to work when the next recession hits, said Andrew Chamberlain, chief economist at Glassdoor.

“Many economists think we will see [another recession] in the next year or so,” Chamberlain said during a company webinar. “Recessions are the time when employee brand really matters. From an HR perspective, there are things you can do today to get ready when the next one comes.”

During the Great Recession of 2007-2009, around 8.7 million people lost their jobs, according to a study by the Center on Budget and Policy Priorities. Glassdoor was born during this economic turmoil — a time when people were frantically searching for information about companies and compensation in the midst of mass layoffs, Samantha Zupan, vice president of global communications at Glassdoor, said, also during the webinar. This information may become essential to job seekers again, and sooner than previously thought.

“During a recession, many companies will need to scale back offerings or perks to weather times of uncertainty,” Chamberlain said. “Even then, employers should still prioritize the benefits that matter most to employees, which our research shows are the very basics: employer-provided health insurance, paid time off and retirement. Keeping these programs will be important for employees during a particularly tough time.”

Even if employers can’t afford to provide wellness benefits like gym memberships and healthy lunches, they can give employees the flexibility to work-from-home when they need to. Employees will feel valued, and it doesn’t cost the company anything to implement the policy, Chamberlain said.

Employers should also be focused on preventing layoffs as much as possible, Chamberlain said. Data collected by his team at Glassdoor said the average recession lasts 10 months,

which is less than a full budget cycle. Money may be tight during that period if a recession hits, and it might be tempting to save money by cutting staff, but Chamberlain warns the consequences outweigh the benefits — especially in the digital age.

“Layoffs are an easy way to save cash in the short-term, but it’s not a good long-term strategy,” Chamberlain said. “They’re demoralizing, and that’s going to show up on Glassdoor reviews and social media. It’ll hurt your chances of recruiting the best talent when you start hiring again.”

From a budget standpoint it may not be possible for employers to retain every employee during a recession. Chamberlain recommends moving employees to part-time instead of letting them go. Those employees probably won’t rejoice at the change, but they may appreciate the company’s desire to keep them on staff.

“Recessions don’t last forever, if the company does layoffs you’ll need to rebuild your staff to keep up with demand once it ends,” Chamberlain said. “Any opportunity you have to move people to part-time and keep them waiting in the wings, you should do it. When things get better, it’s possible to bring them back to full-time.”

In the event of a recession, employers should prepare for an influx of resumes by contracting with a streamlined hiring channel, Chamberlain said. He encourages HR professionals to do their research and find one that makes it easy to sort qualified candidates from irrelevant ones. He announced Glassdoor was in the middle of updating their own hiring software to help with this problem; a target launch date wasn’t announced.

“People get desperate after being laid off and apply for jobs even if they don’t entirely know what it is,” Chamberlain said. “You’re going to be bombarded with resumes that don’t make sense for the roles you’re hiring. It’s a good idea to make sure you have a high quality hiring channel before it happens.”

Recessions don’t affect all areas of the country equally, Chamberlain said. If your company is planning to hire, looking at candidates from distant cities that were hit hard by the recession will give employers a larger talent pool to choose from, he said. While people are more likely to move for a job during a recession, allowing those distant candidates to work remotely is a great retention tool.

“People will move when they’re forced to, but I think we all prefer to stay where we’re comfortable,” Chamberlain said. “I think they’d be grateful for the flexibility.”

Chamberlain said he recognizes HR professionals need the support of executives in order to implement these strategies, but he encourages HR to start the conversation.

“As HR you need to be the voice at the table that says talent matters and the employer brand is worth protecting,” he said.