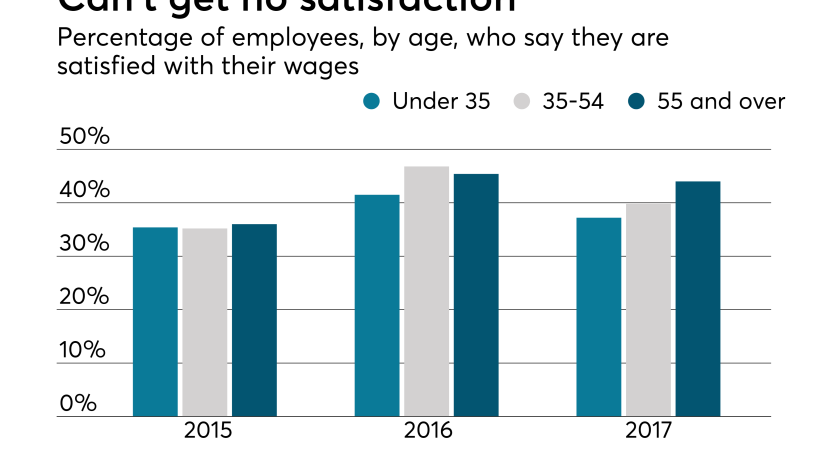 That’s the message of Ryan Young’s Oct. 2 article, published by the Competitive Enterprise Institute. Raising the minimum wage is a top policy issue at the local, state, and now federal level. A current bill, the Raise the Wage Act, would phase in a higher national minimum wage, to a maximum $15 an hour by 2024.

The bill has a lot of popular support, particularly among progressives, but it’s less popular with economists. “There are pluses and minuses to raising the minimum wage,” says Bill Even, the Raymond E. Glos Professor of Business at Miami University in Oxford, Ohio. “People who keep their jobs will earn more than they did before.” On the other hand, Even says, some people will lose their jobs, either because their employers can’t pay an individual that much or because some businesses can’t pay workers as a whole that much and still stay open.

“You’ve got winners and losers,” Even says, “and it’s challenging to know which way that will go.” The Congressional Budget Office estimates that slightly more than 1.3 million people would lose their jobs and 17 million people would earn more, though it’s difficult to know how other economic conditions will affect the question five years hence, he says.

Other economists are less equivocal about the plan. “I think it’s a bad idea,” says David Macpherson, an economist at Trinity University in San Antonio, Texas. “It will cause job layoffs, particularly in areas that already pay low wages.”

Layoffs are the first of the many negative income tradeoffs economists think would follow if the bill passes into law. Others include harm to the lowest earners, young people, part-time workers, members of minority groups, people with low skills, immigrants, or workers with criminal records. Full-timers with clean records and more skills and experience are typically the last to go if an employer needs to cut hours or lay off workers.

Laid-off workers may find fewer job openings, as employers automate tasks, hire freelancers, or ask higher-paid employees to cover more roles. Businesses will be more reluctant to expand, and when they do, they may hire more part-time workers and fewer full-timers. Employers may also cut hours for existing employees, so that workers make more per hour, but the same amount or less per week.

A federal minimum wage hike might be a yawn or a disaster, depending on regional differences in the cost of living. In Manhattan or San Francisco, many minimum-wage workers might already be earning wages at or above the proposed $15 per hour. In Wyoming or Mississippi, on the other hand, businesses may not be able to pay that wage.

In its second point, the article says that a $15 hourly minimum wage would let companies that can pay that rate take advantage of those that can’t. Big companies, including Wal-Mart, Costco, and Amazon often have starting pay that’s substantially higher than the legal minimum. In a free market, of course, they can do that, and offering better pay probably gives them recruitment and retention advantages.

When the same companies lobby the government to make higher pay mandatory for every employer, however, they move into an area that the article calls “rent seeking”: lobbying government for special favors designed to increase profits. In this case, the large companies may be trying to gain an unfair advantage over smaller or less established competitors. A big company can handle the cost. A smaller competitor, forced to pay the same wages, may find that impossible.

The CEOs of Amazon, Wal-Mart, and Costco have all made public statements in support of the bill that would gradually raise the federal minimum wage to $15 an hour.

Lastly, Young says, a minimum wage would force employees to accept higher wage compensation in lieu of other forms of payment: tips, insurance, employee discounts, or other employer-provided benefits.

The question is particularly important for employees who earn tips. These workers usually have a lower minimum wage than employees who don’t earn tips. Minimum wage laws such as the Raise the Wage Act would end the difference between the two groups.

The problem with this, the article says, is that tipped employees often prefer a lower minimum wage with tips to a higher minimum wage with no tips. A law doing away with the first option passed in Washington, D.C. in 2018, and outcry from restaurant and bar servers was so great that the city repealed the law just four months after it passed. A federal law such as the Raise the Wage Act might also upset tipped employees—but federal laws are more difficult than city ordinances to repeal.

Disabled employees might also take a hit. A person with a disability might want to work, but not be productive enough to employ at $15 an hour. Current law lets some workers with disabilities work for less than minimum wage if they choose. Doing away with this would remove a source of both income and pride for this community.

Finally, Young says, employers and employees who aren’t happy with their legal options have been known to make deals under the table. These arrangements can leave workers more vulnerable to abuse and less able to seek redress if things go wrong.