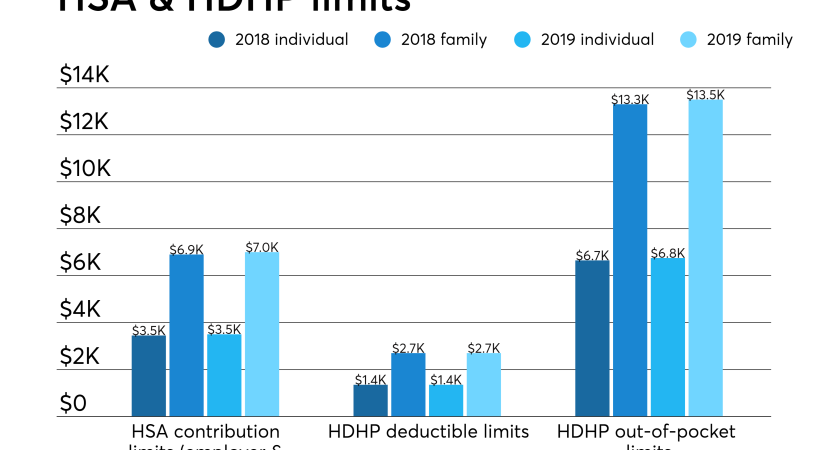 While almost half of employees plan to sign up for a high-deductible health plan (HDHP) during this year’s open enrollment, many workers find the high deductibles and out-of-pocket costs financially out of reach.

Some 41% of survey respondents said they would not meet their yearly deductible, and 39% said they could not afford out-of-pocket costs associated with their care, according to new research by Unum, a benefits provider and insurance company.

“I think employees are considering the costs, but I don’t know to what extent they’re prepared for when it hits,” says Ashley Shope, assistant vice president of product and market development at Unum.

While HDHPs have lower premiums than PPO plans, employers must reach a deductible of at least $1,350 for an individual or $2,700 for a family, according to Healthare.gov. But lower monthly costs are the main draw for those who assume they won’t need expensive medical care. Unum found 45% of workers enrolled in an HDHP to lower their monthly payments, and 37% said it’s because they’re already relatively healthy.

“Accidents and illnesses can be costly and happen unexpectedly,” says Shope. “Most employees are considering their healthcare needs in theory, versus what is the action plan. Most people’s action plans are to continue to be healthy.”

One way to make up the difference when medical costs do arise is to contribute to a health savings account, a major driver in HDHP enrollment. According to data from the CDC, 21.8 million people enrolled in an HDHP in 2018, up from 20.1 million in 2017.

Employers are also offering more options for supplemental insurance like accident, hospital, and critical illness insurance. Costs can range depending on the type and level of coverage, but are typically $15-30 per paycheck, or $200-$400 per year for employers, Shope says.

“Supplemental insurance can fill in those increasing deductible burdens that employees have to bear, with coverage that’s more affordable,” she says.

“By having the employee bear that initial cost, it leads to them making smarter health decisions, which leads to a healthier work population and less absenteeism,” Shope says.

Deciding which plans to offer employees is a major investment, in both time and money, and Shope says companies typically do their best to provide resources to educate their employees.

“This is a large part of what employers are investing in their employees. Most employers do a good job at trying to help their employees understand the differences, and provide support tools and online platforms in the larger employer space,” she says. “It’s about transparency and communicating the options.”

However, employees often don’t recognize the value of this benefit. According to Unum, 75% of people will spend just 45 minutes on their healthcare decisions. Shope says it’s critical employees take a broad view of both their health and their budgets when making these choices.

“With the increasing number of options that are extended to an employee, there is going to be a lot on the table. Take the time to learn about what’s being offered, and take advantage of what employers have put together,” Shope says. “There are a lot of valuable options out there in the market trying to provide that comprehensive medical and financial package.”