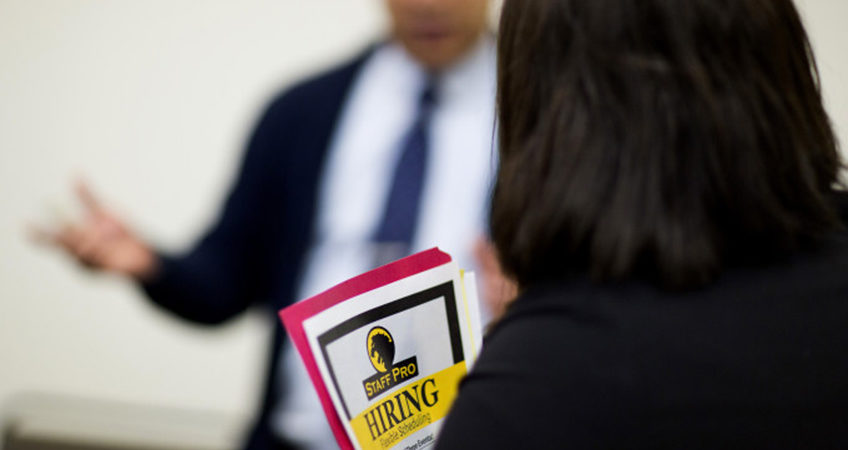 As unemployment rates continue to fall, a new study finds that more than half of employees are open to leaving their jobs. A company’s benefits package is becoming a major factor in where these employees look.

HR consulting firm Aon Hewitt found that 52% of employees surveyed would leave their job for another company. Forty-four percent of those employees are actively looking for jobs, according to the 2016 Workforce Mindset Study.

But how do job hunters differentiate one company from another?

“Employees are not thinking just about pay, but ‘What’s that total package employers can give me?’” says Pam Hein, partner at Aon Hewitt and co-author of the study.

The 2015 Workforce Mindset Study ranked good pay and benefits as the ninth-most important differentiator, whereas above-average pay and benefits shot up to the first and second spots in 2016.

Hein notes that the shift may be impacted by how Aon Hewitt described pay and benefits as “good” in 2015 compared to “above average” in 2016.

Employees are looking for flexibility and other benefits in their package, Hein says, but “I do think that people are more likely to look at employers from a holistic, total-rewards standpoint.”

In the study, Aon Hewitt defines rewards as “programs that an employer offers in an exchange of work,” such as recognition, incentives and career development, Hein says.

However, only 69% of employees have a good understanding of their overall total rewards, according to the study.

This doesn’t mean that employers need to redo their benefits packages, Hein says — they just need to do a better job communicating to their employees exactly what their overall rewards package includes.

“There’s a correlation of understanding and perception of adequacy,” she says.

For example, engaged employees are six times more likely to see value in everything an employer offers and take advantage of it, Hein says.

“By contrast, things like clear opportunities or wellness programs are not understood,” says Hein.

Employees are more likely to think these rewards don’t meet their needs when they don’t understand what exactly is being offered, she says.

“From a communication perspective, we are often driven by compliance,” Hein says. “If we need people to take action on this, we’ll tell people how.” Non-compliance-oriented benefits, such as workplace flexibility, she says, are not talked about as often.

She recommends that employers help managers understand how to talk to their employees about non-compliance-oriented benefits as a way to change the perceived value of the package.