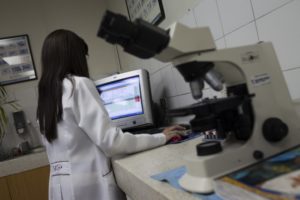 COVID-19 is going to cause fundamental change in terms of our health and public behavior, but also in the very fundamentals of how people live and work. The $2 trillion federal stimulus package — the largest single economic intervention in world history — underscores exactly how critical it is for individuals and families to be able to maintain their livelihood during a time of uncertainty.

For most Americans employment is a paycheck-to-paycheck proposition. Even before the pandemic hit, a study by the American Payroll Association found that three-quarters of all Americans experience financial difficulty if their paychecks are delayed for even a week. In another study by The Center for Generational Kinetics for Instant Financial, researchers found that 38% of the hourly workers surveyed had lost sleep in the last year because their money ran short before payday. Forty-one percent of all hourly respondents have had to delay grocery purchases, and 25% have had to take a second job.

Delays in wage accessibility are most dire for those at the bottom of the economic ladder. Despite the modern prevalence of payroll direct deposit, 6.5% of American households were still unbanked as of 2017, according to the FDIC, making direct deposits impossible. This represents 8.4 million American households. What’s more, many unbanked workers continue to use payroll advance services — a practice that exacts heavy fees and interest.

As a result, employees often face choices that can endanger themselves, their employers, and even the general public. In the same Generational Kinetics study, 38% of hourly workers said they have gone to work sick, and 11% of those surveyed have had to borrow money at a high interest rate in order to pay bills. Generation Z, in particular, is negatively impacted; 30% of Gen Z employees have skipped at least one meal to save money. Among all workers surveyed in the study, credit cards (19%) and phone agreements (18%) are the most commonly missed payments, although mortgage/rent payments (10%) and car payments (10%) are troubling numbers as well.

New Alternatives Needed
The situation points to the increasing need for an on-demand earnings alternative—a process known as instant pay. With instant pay, a phone app is employed to facilitate control. The app dings at the end of a worker’s shift, enabling the person to choose immediate access to up to one-half of the money earned during that shift. If selected, the money is loaded instantly onto an earned income Visa access card. The transaction is provided at no cost to either the employer or employee.

Instant pay fits the complexities of modern business. In addition to regular wage, it includes access to all form of wages such as: tips, commission, and mileage reimbursement. It integrates with existing payroll/HRIS and time-tracking systems, and conforms with all U.S. and state labor laws. Security controls at every point in the system protect against intrusion or abuse.

Workers, Employers Benefit
Statistics show that instant pay benefits employees when they need it most. Nineteen percent of studied workers would use a fee-free daily pay option every time they work, with Generation Z most likely to use the service (32%). Most would use it to pay bills (45%), add to savings (36%), or to buy groceries (24%). Respondents said instant pay would not only contribute to their peace of mind, but one-third stated it would also increase their trust in their employer — who also benefits.

Among the primary advantages is the increased ability to attract new hires; more than half of those surveyed in the Generational Kinetics study, in fact, said instant pay would increase their interest in both applying for a position, especially among Gen Z (78%), as well as their likelihood of accepting a job.

Hoover Foods, a Wendy’s franchise with 50 locations across the U.S., found that offering an instant pay option helped solve their recruiting problem. “The first store we put it in…hadn’t had an application come in in weeks. We put up a sign [about instant pay] and had three applications in the first week,” says Glenn Varner, Hoover Foods vice president of operations.

Another outcome is reduced absenteeism. Argo Contact Center, a large customer contact service for banking, retail, healthcare, telecommunications and other industries, adopted instant payment at its four locations as a way to reduce turnover and absenteeism among its call center personnel. According to the company, the benefit helped reduce turnover by 12% and absenteeism by 13%, leading to lower operational costs and increased employee morale.

“Our absenteeism rate is now below industry benchmarks, and turnover is on its way,” says Mike Nessler, Argo Contact Center’s CEO.

As the U.S. labors to free itself from the grip of coronavirus, the value of freely flowing income is in the spotlight. The direct cash payment portion of the CARES Act is only one example of why it’s essential to get money into the hands of those who need it most, as quickly as possible. Such instant pay transfers, designed to increase the wellbeing of employees and the competitiveness of employers, will soon be the norm. COVID-19 may be changing the game—but with instant pay, it’s a game that everyone will have a better chance of winning.