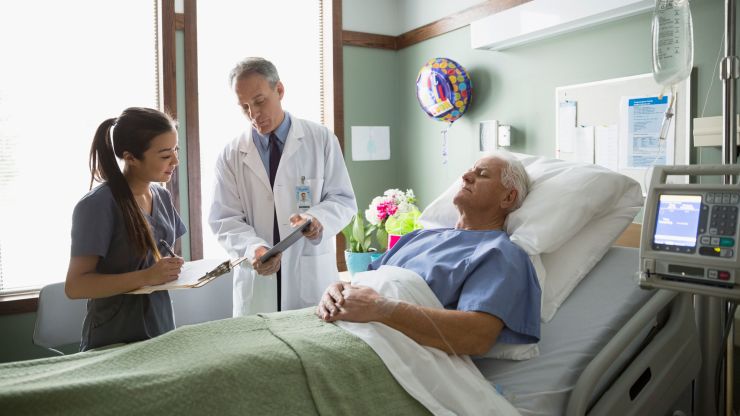 Even if Medicare’s open enrollment period sounds like a big snore fest, you might sleep better next year if you take advantage of it.

For the program’s 60 million beneficiaries, that yearly fall window — Oct. 15 through Dec. 7 — offers the chance to make changes that take effect Jan. 1. While you aren’t required to do anything — your coverage will automatically renew if you take no action — passing on the chance review your plan could cost you in 2020.

“The danger is that at the time of service, you’ll be surprised when you have a different copay or out-of-pocket expense that you weren’t anticipating,” said Elizabeth Gavino, founder of Lewin & Gavino in New York and an independent broker and general agent for Medicare plans.

During this annual fall enrollment period, you can:

Of the 60 million or so Medicare beneficiaries, roughly 22.2 million people are enrolled in Advantage Plans, according to the Centers for Medicare and Medicaid Services. That number is expected to rise to 24.4 million in 2020.

The remainder are on original Medicare and often pair it with a standalone drug plan and/or a so-called Medigap policy. Be aware that generally speaking, autumn open enrollment has nothing to do with Medigap plans, which operate under separate rules.

Here are mistakes to avoid when it comes to the current six-week window to make changes.

Even if your Advantage plan or drug coverage served you well this year, there’s no guarantee that you’ll feel the same way in 2020.

While insurers are federally regulated, the specifics of their options can vary greatly from plan to plan, county to county and year to year. Changes can affect your premiums, deductibles, co-pays and covered services, along with participating doctors, hospitals, pharmacies and other providers.

The average monthly premium among Advantage Plans is forecast to be $23 next year, down from close to $27 in 2019. This year, 56% of enrollees paid no premium for those plans, according to the Kaiser Family Foundation.

Regardless of what that payment would be, keep in mind that it’s in addition to your Part B premium. Although there’s been no official word yet on that base amount for 2020, it’s projected to rise to $144.30 from $135.50 this year, according to the latest Medicare Trustees report. (Higher-income beneficiaries pay more.)

Of course, premiums are are not the only factor you should consider.

“The lower premiums have higher deductibles and copays, and the higher premiums tend to have lower amounts for those,” said Danielle Roberts, co-founder of insurance firm Boomer Benefits in Fort Worth, Texas. “Look at what it will cost you overall.”

The average out-of-pocket limit for in-network services among Advantage plan enrollees in either HMOs or PPOs this year is $5,059, according to the Kaiser Family Foundation.

“You should know your worst-case scenario and be prepared to afford the maximum out-of-pocket for the plan you choose,” Gavino said.

Monthly premiums for standalone prescription drug plans will also be lower next year, dropping to $30 from $32.50 in 2019. (Again, higher earners pay more.)

However, as with Advantage Plans, a lower premium doesn’t necessarily mean your total out-of-pocket cost would be less.

Depending on the plan’s formulary — how it prices the drugs it covers — and the coverage restrictions in place, the amount you pay for certain drugs could be more in 2020.

You can compare coverage through the Medicare.gov Plan Finder tool, although be aware that some of the information you’re given may be incomplete. You might have to look at the plan’s formulary to get details on things like whether you’d have to try out cheaper alternatives first (so-called step therapy) or if there are quantity limits on the medicine you take.

To make sure your doctor, pharmacy or other provider is still in network, you also have to check with the insurance company that offers the plan. You can either visit the provider’s website or call. And if you work with a Medicare agent, that person also should be prepared to help you.

The number of Advantage plans you can pick from largely depends on where you live. The more rural the area, the fewer the options you’re likely to have. For example, in Wyoming and Alaska, fewer than 10% of all beneficiaries are in Advantage plans in 2019, according to the Kaiser Family Foundation. Nationwide, that share is more than 30%.

However, new plans continuously become available, as insurance carriers expand their options and coverage areas and new players enter the market. This makes it important to make sure there isn’t a more cost-effective option for you.

New stand-alone prescription drug plans also could be available where you live, which makes it worthwhile to comparison-shop.

“Your plan might be great, but if one similarly priced saves you $500 next year, you’d probably want to know about that,” Roberts said. “If you don’t do the analysis, you might miss out on that savings.”

If your health is good, that’s great. If you assume it will never go downhill, that might not be so wise.

Remember, original Medicare doesn’t cover everything. While everyone’s situation is different, it’s important to at least consider the unknown.

For example, while you might take no medicine now, there’s a good chance that will change, whether due to aging, an accident or an unanticipated medical event.

More than 80% of people age 65 and older take at least two prescription drugs and more than 50% take four or more, according to an AARP survey in 2016.

In other words, it can be worthwhile making sure your coverage accounts for the unexpected.