Obamacare fix said to be prepared after risk payments halted 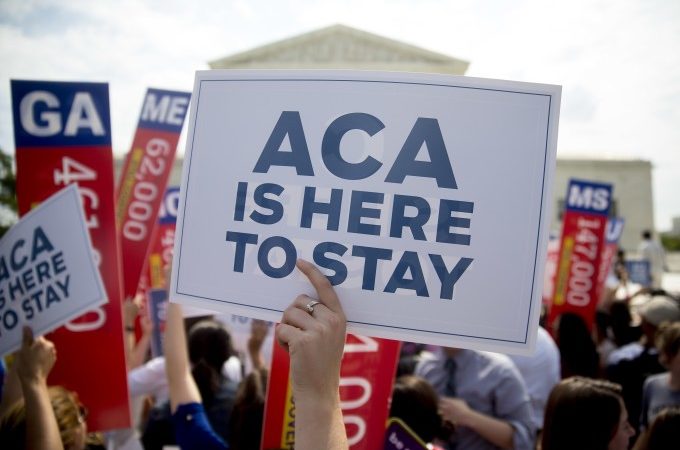 The Trump administration is preparing a regulation that would allow the resumption of billions of dollars in payments to health insurers in Obamacare.

The Office of Management and Budget was sent a rule on Wednesday from the Centers for Medicare and Medicaid Services tied to the risk-adjustment program, which transfers money to insurers who take on sicker customers.

An administration official said the rule is an option being considered to resolve the legal dispute that has held up the payments.

The rule is labeled as an interim final rule, a status that would allow it to go into effect immediately. It’s titled “Ratification and Reissuance of the Methodology for the HHS-operated Permanent Risk Adjustment Program under the Patient Protection and Affordable Care Act.”

The administration official asked not to be identified, because the rule hasn’t been made public. Details of government rules aren’t released to the public until they’re reviewed by the budget office.

Health-insurance industry groups had pushed the Trump administration to issue an interim final rule for the risk-adjustment program to resolve a legal dispute that had threatened to halt payments under the program. The risk-adjustment payments, worth $10.4 billion for 2017, are part of a program in the Affordable Care Act meant to help balance the insurance markets when some insurers inevitably got stuck with costlier patients.

Insurers had warned they might have to raise Obamacare premiums for 2019 if the dispute wasn’t resolved quickly. The program moves money among insurers, transferring funds from insurers with healthier customers to those with sicker ones. Among publicly traded insurers, Centene Corp. and Molina Healthcare Inc. owe money to other insurers under the program, while Anthem Inc. is set to receive funds.

The Blue Cross Blue Shield Association, an industry trade group whose members include Anthem, said it approves of the effort, though it will need to examine the details of the rule carefully once it’s available.

“This regulation needs to be put in place quickly and effectively in order to avoid disruption for consumers and small businesses who will be purchasing coverage this fall,” Kris Haltmeyer, vice president for legislative and regulatory policy at the association, said by email.