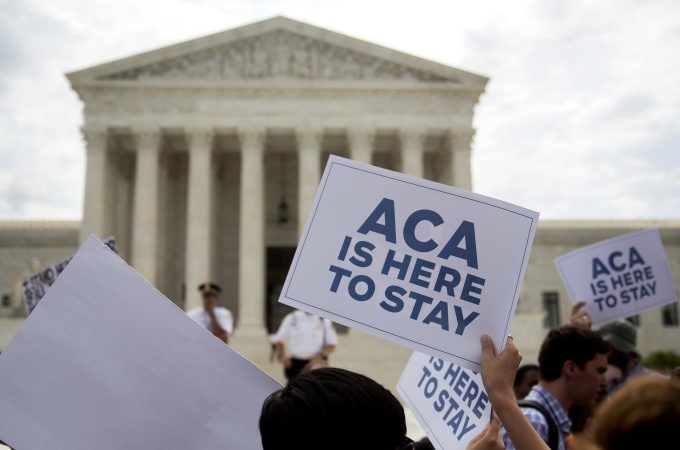 (Bloomberg Opinion) – A lawsuit against the Affordable Care Act may well turn out to be a bigger story in the news than in the courts. When the Donald Trump administration declined to defend the law, and partly endorsed the lawsuit, critics denounced it for flouting its alleged duty to defend duly enacted federal laws in court. They said the lawsuit threatens everyone with pre-existing conditions, who would lose the protections that Obamacare provides.

But the lawsuit is highly unlikely to succeed. It makes two basic arguments, one of which is trivial and the other absurd. It is on far weaker ground than the two major anti-Obamacare lawsuits that preceded it.

In 2012, opponents of the law argued before the Supreme Court that the law’s requirement that most Americans buy health insurance was unconstitutional. In 2015, conservatives brought a different lawsuit arguing that the federal government had provided subsidies for health insurance in many states where the text of the ACA did not authorize them.

One way of gauging the weakness of the current lawsuit: Some legal scholars who supported the previous two, such as Case Western Reserve University School of Law professor Jonathan Adler, have criticized this one. (I don’t know of anyone who opposed those lawsuits and supports this one.) And even those more meritorious lawsuits were, in the main, unsuccessful: The Supreme Court upheld Obamacare in 2012, and upheld the nationwide provision of subsidies in 2015.

The current lawsuit centers, again, on the individual mandate. In 2012, the Court ruled that the mandate was constitutional if the fine for going without insurance was construed as a tax. In the tax bill that Trump signed in December, Congress set that penalty at zero. So, the argument goes, there’s no tax any more and the mandate isn’t constitutional.

The flaw in this argument is that the mandate doesn’t really exist either. The Supreme Court already said, in its 2012 decision, that Congress could not make it illegal to refuse to buy insurance. The fine for not buying insurance was the only part of the individual mandate that survived that decision — and Congress just buried the fine. What the lawsuit seeks to do to the mandate has already been done.

That’s the trivial portion of the lawsuit. The absurd part is a contention that because the mandate is unconstitutional, the rest of Obamacare has to fall too. The Trump administration takes a slightly different position, arguing that key insurance-market regulations in Obamacare, including the protections for people with pre-existing conditions, have to go. The administration and the plaintiffs, 20 states led by Texas, agree that the mandate can’t be separated from those regulations.

Sometimes one provision of a complex law is so central to its operation that the Court can’t just invalidate it and leave the rest intact. If the Court invalidated that provision alone, it would leave a law very different from the one Congress enacted. In effect it would not just be bringing the law in conformity with the Constitution but writing a new law.

But that reasoning cannot possibly apply to this case. Congress deliberately got rid of what was left of the mandate without getting rid of any other part of Obamacare. Since Congress separated the mandate from the rest of the law, the court can and should treat them as separate.

My guess is that politics motivated the Trump administration’s partial endorsement of the lawsuit. It did not want to defend a law most Republicans hate, but had to explain its position on the case to justify its refusal; perhaps it thought a partial endorsement would maintain its anti-Obamacare credentials while insulating it from criticism.

Whatever the administration’s thought process, its decision has a clear political downside. It has made it possible for Democrats to claim that people with pre-existing conditions are in real danger. They aren’t. Chief Justice John Roberts, who was in the majority of both previous Obamacare decisions, has shown no interest in striking down the bulk of the law. This case offers no reason for him to change his mind.