NAHU debate: The high cost of medication in America 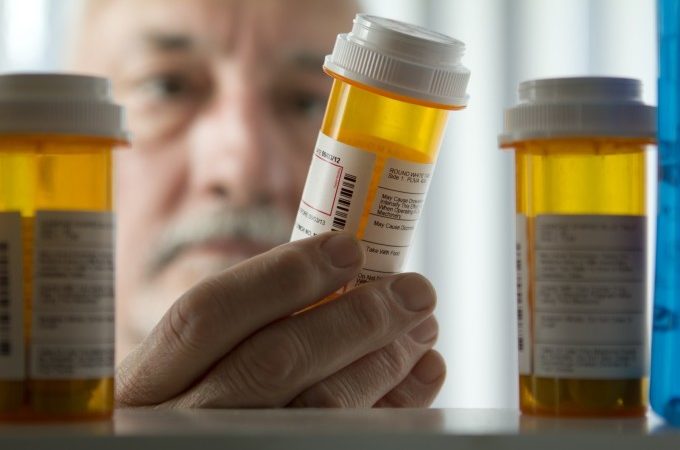 KANSAS City, Mo. — The cost of prescription drugs continues to be a major concern among health plan sponsors and members alike. With no signs of falling in the near future, experts are attempting to understand where the increases began and what options are available today.

During the National Association of Health Underwriter’s Annual Convention in Kansas City, Mo., members heard from prescription drug specialist about the history and causes of specialty drug price increase as well as ways to combat it.

Senior Vice President of sales and marketing of PriceMDs, Mark Davenport, discussed ways employers could send their employees across the border for more affordable FDA approved drugs, while Bill Hepscher, owner of the Canadian Drugstore and David Contorno, president of Lake Norman Benefits, explained to members why the price of specialty drugs are set so high.

Under the Medicare Modernization Act — a federal law enacted in 2003 producing the largest overhaul of Medicare in the public health program’s 38-year history — it is illegal to negotiate the cost of prescription drugs.

Hepscher says while Medicare Part D helped lower the cost for the average American senior, there is no component to negotiate drug price through Medicare and it has actually damaged the employer market.

“We set our pricing in employer sponsored health plans based on some form of Medicare allowance or benchmark,” Hepscher says. “When it comes to drug cost, there is no benchmark or any Medicare allowable amount, which means pharmaceutical companies, can charge whatever they can get away with.”

The Pharmaceutical Research and Manufacturers of America estimate the average cost of bringing one new drug to the market is $500 million and the industry estimates this process takes an average of 12 to 15 years.

However, the largest portion of the pharmaceutical industry’s budget goes toward advertising and marketing rather than research and development. These companies spend two and a half times more on marketing and administration than on research and development. The pharmaceutical industry’s lobbying efforts have also topped $281 million in 2017; more than any other year since 1998.

Academic researchers in public and private institutions frequently spearhead the development of new drugs with funding from the National Institutes of Health. Although tax dollars support this research, these discoveries are increasingly sold to private industry for development and profit.

Hepscher says if the U.S. wants to deter employers and employees from traveling to another country to purchase FDA approved drugs for more affordable prices, they can start by closing the “donut hole,” a coverage gap after a healthcare member spends a certain amount of money on drugs. All costs must then be paid out-of-pocket for prescriptions up to a yearly limit.

“Closing the ‘donut hole’ will provide more seamless coverage but it does not address pricing and it is not based on percent,” Hepscher says. “Lesser-known legal provisions originated in the MMA and were subsequently made law in the ACA.”

This provision requires Medicare Part D drug plans to give access to all or nearly all drugs on the market in six protected classes. Originally intended to discourage drug plans from discriminating against patients with certain conditions, such as patients with HIV, this restriction has limited drug plans’ negotiating powers.

Contorno says these egregious issues in the specialty drug pricing arena are partially the reason why the U.S. does not have a high quality healthcare system.

“It is a shining example of American excess, entitlement and blindness of what’s going on in our healthcare system,” Contorno says. “Between the drug companies, the PBMs and frankly some brokers, I’ve never seen such a mismatched piece of health planning in my life.”

The United States is currently ranked 37 by the World Health Organization — tied with Slovenia on the quality of healthcare. The U.S. is also ranked 12 — on a list of 12 — on its healthcare system according to the Organization for Economic Co-operation and Development, an intergovernmental economic organization with 37 member countries to stimulate progress and world trade.